Soak in the history, culture, and attractions of Lagos, Portugal, and experience its beaches, secret coves, and breathtaking coastline!

Lagos is a once-famous seaport at the heart of Portugal's trade expansion and is now a modern historical Old town and favored getaway destination for vacationers looking to relax and sail.

The historical town is situated in Algarve, in the southernmost part of the country, famous for its beaches, restaurants, parties, and extravagant pleasure boating scene. Most visit Lagos, Portugal, for the history, extravagant architecture, the cultural attractions, and the famous Lagos Marina, which is arguably one of the best places to rent a boat in Portugal.

Start at Lagos's Marina if you plan on sailing Portugal's waters. The Boat rentals in Lagos Marina are some of the best in Algarve. The facilities are modern, and the charters are plentiful, whether you prefer guided tours or are looking for a Lagos boat charter or a Lagos boat hire.

With your Lagos boat rental, the other coastal tourism hotspots in Portugal are just a few hours away. We recommend starting with sailing Lisbon. Famous for its culture, music, history, and nightlife, Lisbon will show you a side of Portugal you've never seen before. If you're traveling from the city to Lagos, look for boat rentals in Lisbon local marina.

Vilamoura sailing and Cascais sailing are also viable. It all depends on how far you're willing to travel. If you don't have the time to visit other cities, you can stay local with your boat rental and focus on sailing Lagos, Portugal, and the Algarve coastline. Stop by dozens of rustic villages and secret coves and explore breathtaking natural limestone formations.

Book kayak or boat tours of Ponta de Piedade and the Grottos. The caves are a popular tourist destination during the summer. While they don't allow a Lagos boat rental to explore the area unescorted, signing up for a boat ride can be a truly unique experience, almost as exciting as sailing Lagos, Portugal.

Things to See and do in Lagos, Portugal

Lagos's beaches are one of the many open secrets about the tropical destination. People visit for it, but those that find it thoroughly enjoy themselves.

The Praia dos Estudantes is the most popular beach in Lagos. Famous for its caves, tunnels, and unique geographical formations (Ponte Romana de Lagos or Roman Bridge), it's split in two by long cliffs and a distinct rock formation and remains fairly isolated even during the summer season because of how difficult it is to reach.

You should also visit Praia do Pinhao and Praia de Dona Ana, as well as Praia do Camilo.

After the beaches, take a break from sailing Lagos, Portugal, and see the Old town. Start from the city castle at the center of Lagos and work your way outwards. According to history, it was built by Invading Muslim North Africans when they invaded Europe in the 10th century. It was restored and converted into a museum over the years.

Lagos is packed with historical churches, some dating as far back as the 13th century. The Church of Santa Maria was built in 1498, and the Church of Santo Antonio was established in the 18th century. Both structures survived massive earthquakes, which claimed the lives of thousands, and still stand today.

After you're done with the landmarks, check out the baroque-style architecture of the local buildings, local delicacies, restaurants, and everything else Lagos has to offer.

Lagos, Portugal, shares the same weather with most of the coastal cities of Portugal. August is the best time for sailing Lagos, Portugal, whether you're getting a boat rental in Cascais or thinking about boat rentals in Portimao.

Although the town has a population of about 30,000, those numbers can double at the height of summer. Accommodation and ticket prices soar just like in every other tourist location.

You can reach Lagos, Portugal, either by boat, car, or arrive via the nearest airport, though we recommend driving down. Like most of the South of Portugal, it's absolutely stunning, and while experiencing it in front of the road does it no justice, it gives you a true sense of belonging in the city.

Sailing and finding marina boat charters in Lagos feels almost natural after that. Shop for Airbnb, hotels, and a Lagos boat charter company before you embark on your trip to save yourself time and money. If you're on very limited time, we also advise creating an itinerary to make the best of sailing Lagos. 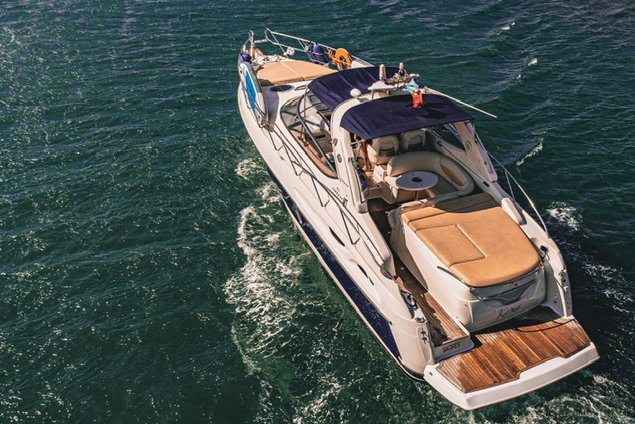 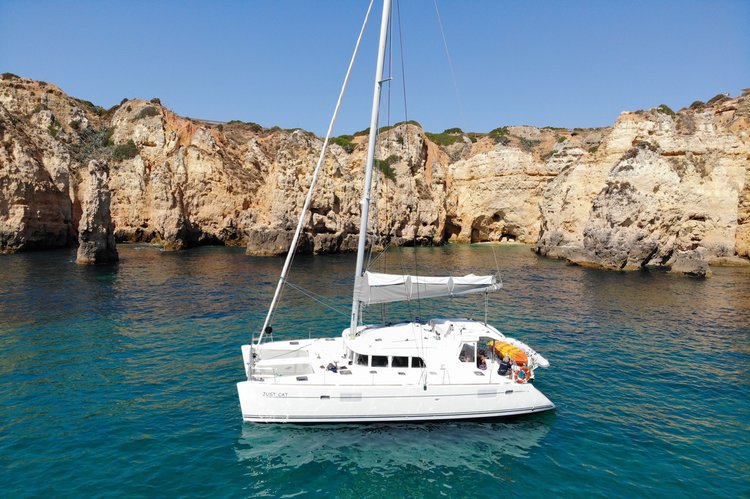 Have you ever sailed in a cruising catamaran?
Lagos
44 feet • 16 guests • Captain included • Fuel included 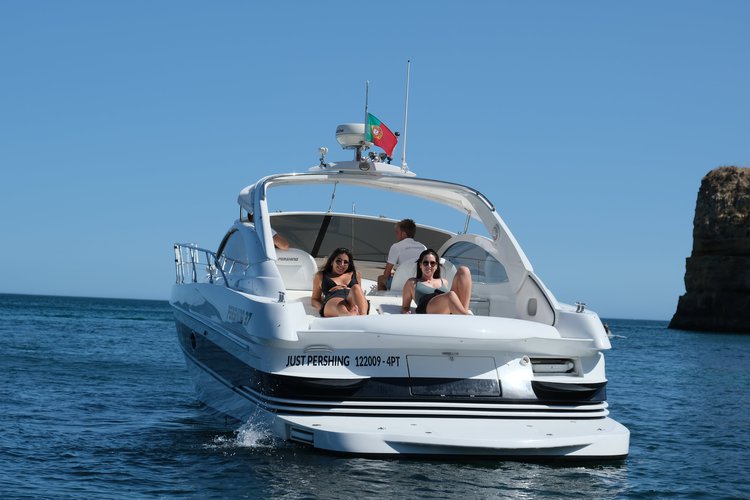 Find Your Dream Boat to Go Sailing in Lagos

Search for the Best Deals on Yacht Rentals in Lagos, Portugal

SEE ALL BOATS IN LAGOS >

You Should Discover Other Sailing Paradise Countries